In Defense of the Oscars 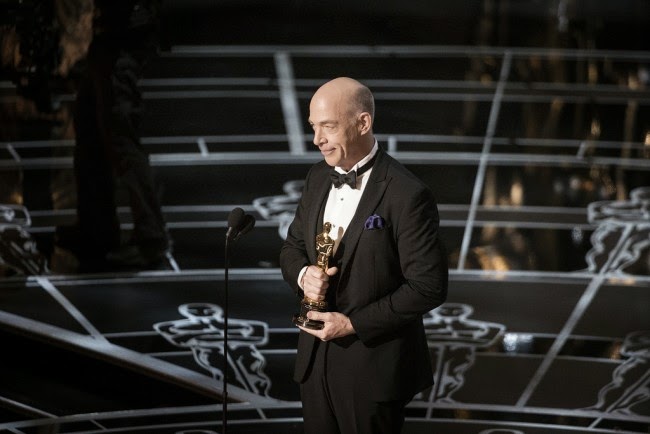 I’m taking a break from format to talk about something that’s important to me: The Oscars. However, I do not plan on defending the tedious, frequently insulting, sometimes blissfully absurd Oscar ceremony that occurred last Sunday. I’m here to defend the Oscars as an institution not as a three-hour snooze fest.

Why defend the Oscars?

The Academy gets a lot of hate. This is probably a reaction to the amount of love the Academy showers itself with. It’s hard not to lash out at a group so notorious for self-congratulation, but I think a lot of the flak the Academy gets is due to a fundamental lack of understanding in what purpose the Academy actually serves. They are not here to pick the best picture of the year. They are here to aid the process of natural selection.

What does film making have to do with natural selection?

To understand the Academy Awards and what they do, you should look at filmmaking as a species that is evolving. Evolution happens due to natural selection. Some external force must shape a population for it to change. This force enacts change by killing off individuals unsuited for survival and rewarding the stronger individuals by allowing them to reproduce. Filmmaking works in a similar way. You begin with a big pile of scripts, most of which will not come to fruition. When a script finally does become a movie, it must “perform” at the box office. This performance is objectively qualified via revenue. If the film is successful at the box office, other films will attempt to copy the original film in some way.

This is how films reproduce. Instead of a mom giving birth to a child, Twilight gives birth to a sequel, but more indirectly, also gives birth to The Hunger Games. Not a sequel, but clearly a movie trying out the same formula in the hope of drawing an audience. In this way we can see certain films birthing dozens of other films, sometimes entire genres (Dirty Harry, The Matrix, It Happened One Night). These are biologically speaking, very “fit” members of their species. Other films such as John Carter or The Lone Ranger are weak members of the film species. They perform poorly and thus they do not get to reproduce. There will be no Lone Ranger sequel and Jerry Bruckheimer will have a hard time getting his hands on another 150 million dollar budget.

You could look at whole genres as genes that were adaptive for a while but then quickly lost their competitive edge. For example, back in the old days, Westerns were everywhere. They were the most popular genre for men in the United States. But after a while, just like in evolution, the landscape changed, and The Western couldn’t compete with the Cop Drama. And, soon enough, movies that spawned from John Ford and Sergio Leone began dying loudly at the box office. You could see Lone Ranger as the last of its species, wiped out by natural selection. You could also see it as a terrible film, but that’s beside the point.

Much like in evolution, there is no higher order in the film world. There is only the struggle, which as a whole produces a cohesive form, but individually, is a disorganized, desperate fight for survival.

So where do the Oscars fit in to all of this?

In natural selection, what you sometimes get is a species developing two separate ways to survive and reproduce, both evolving simultaneously. Take, for example, the Giant Cuttlefish. For a male Giant Cuttlefish to mate, it must find a female and fight off the other males, thus ensuring the strength and ferocity of the species’ males. But, there are also smaller male Giant Cuttlefish, who have discovered another strategy, whereby they pretend to be a female. The males like to collect as many females as they can. So the sneaky male joins the bigger male’s harem and quietly mates with all the ladies, right under the protective larger male. In this way, natural selection is ensuring that the strongest and the smartest Giant Cuttlefish get to reproduce.

The like Giant Cuttlefish, The Academy Awards have provided an alternate way to reproduce. Our previous metric for the success of a film was its box office performance. But if films today only copied the formulas of high revenue films, then we wouldn’t have films by Wes Anderson or Spike Jonze. Films that are showered with awards also spawn copies, despite sometimes performing below average at the box office. This is because the producers making these films believe the Oscars have a value that is higher than money. The Oscars represent the respect of their peers. And thus producers will make films that may not make much money in the hunt for an Oscar. For example, look at the film The Hurt Locker, which performed decently at the box office, but not great. Regardless, it won all sorts of Oscars. And you could see a film like American Sniper as a child of the Hurt Locker.

In evolutionary the Academy Awards provide “genetic diversity.” The reason every human doesn’t look the same and the reason one Cuttlefish sneaks while the other fights, is because the survival of a species is dependent on diversity: multiple approaches to a single problem. If only the monetarily robust films survived and spawned copies, then the film industry would be a depressingly one note affair. Take a look at the top grossing films of 2011, four years ago.

Now imagine that every film made in the year 2014 was a copy, or a knock off of one of those films.

Instead, we saw Damien Chazelle’s bizarre torturous look at music school, Wes Anderson’s pop-up-book ode to chivalry, and Richard Linklater’s twelve-years-in-the-making, nonchalant foray in existentialism. And we saw these not because Wes Anderson is a genius. We saw them because a producer saw his script and thought, “This may not make much money, but it’s kind of similar to all those arty movies that win Oscars, so I’m going to make it because I would like a golden statue of a naked man.”

Birdman was kind of lousy and pretentious. Does this mean we’re going to be seeing more lousy pretentious films?

Yes and no. Birdman is by no means perfect. The dialogue is on the nose and Iñárritu, bless his heart, cannot structure a movie to save his life. But that’s not what producers were looking at when they greenlit Birdman. They were looking at its core components. It is artistically extravagant, it is metatextual, and it invites deeper readings. These are qualities in a script that do not make money. But they are qualities that get Oscars. And thus they are qualities that future producers will be looking for when they greenlight films. This may lead to a bunch of pretentious films, sure, but it could also lead to the next gem from Charlie Kaufman. It’s hard to say. In this way, even a terrible best picture winner is not always a bad thing. Crash is a bad film by any standard, but its core components have value. Meditations on a theme, structural creativity, discussions of race, these components (which were in no way invented by Crash) have since found their way into other better films, which may have been greenlit because of their Crash-ness.

This is not to say that the Oscars can do no wrong. Nominating a film like Avatar, which has already been rewarded enough by the box office, in no way promotes genetic diversity within the film world. And consistently disregarding certain genres will eventually drive talent away from those kinds of films. But, the next time you hear someone say, “X was robbed!” referring to a best picture nominee, ask yourself, what were they robbed of? Did they make money at the box office? Did they get an Oscar nomination? If so, then we’ll see more from that well, and really you’re just complaining because a producer, who you don’t actually know, didn’t get a naked man statue. And the next time you hear someone say, “The Oscars don’t matter,” remind yourself of what the world would look like if movie making was only about money.
Posted by Timothy Earle at 1:02 PM