There are a lot of great things about Cinemax's new drama, The Knick. But first let's talk about how awful this font is. 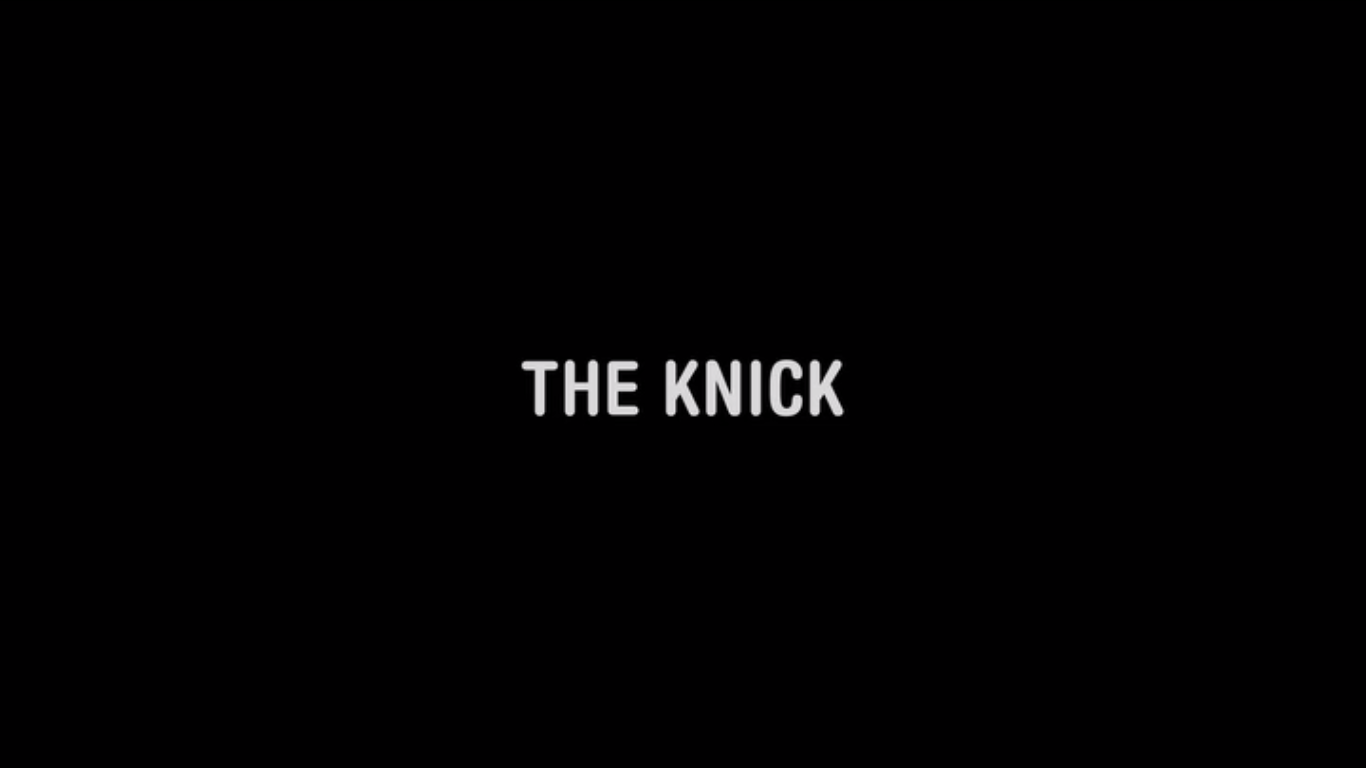 It looks like the Dunkin' Donuts font. In a pilot, every single detail matters and opening with a font you copy-pasted from MS Paint is like beginning a 12-course meal by sucking on a rusty crowbar.

Anyway, aside from the font problems, this was a pretty decent pilot. What interested me about it was that it had a reason to for its period setting. Often times, what brings about the downfall of a period piece is that it has no real compelling reason for its time period. For example, shows like Pan Am or Playboy Club certainly enjoyed their settings, but nothing about the stories they were telling made the setting necessary. Now, I'm not totally sure where The Knick is going but for this first episode, the year 1900 was crucial.

The plot of this pilot is that the Knickerbocker's chief of surgery, Dr. John Thackery (Clive Owen) has to hire a new deputy chief of surgery and the family that funds the hospital is insisting he hire an extremely well qualified black surgeon. Thackery dismisses it out of hand simply because the doctor is black. And what's interesting is that Thackery makes a very compelling argument for doing something so blatantly racist. Thackery is obsessed with saving lives. His objection to a black doctor is simple math. White people won't want treatment from a black doctor (remember, year 1900), and thus he will be able to save fewer lives. It's an interesting conundrum which pits Thackery against a rich, socially progressive family. And you wind up sort of rooting for the racist, because, despite how unfortunate it is for the poor black doctor, Thackery makes some valid points.

The TV world has, for a long time, been obsessed with the question, "How terrible must a doctor be before he becomes isolated from the audience?" Shows like House MD and Scrubs played with this line, always pushing their Dr. Asshole farther and farther down the unforgivable rabbit hole while reminding us all that they are continually saving people's lives. But usually, the childish repugnant aspects of Dr. Asshole get in the way of their jobs, but not in The Knick. Here, Thackery is only as much an asshole as he has to be, given the world he is forced to operate in.

All in all, this is an impressive pilot, when it comes to performance and style. With Soderberg behind the camera and Owen in front, you're never left in the charge of amateurs. But, as is the case with all TV, it's about making the most of your ingredients and so far this show has made terrific use of one ingredient: a time gone by, which is more than I can say for most shows.