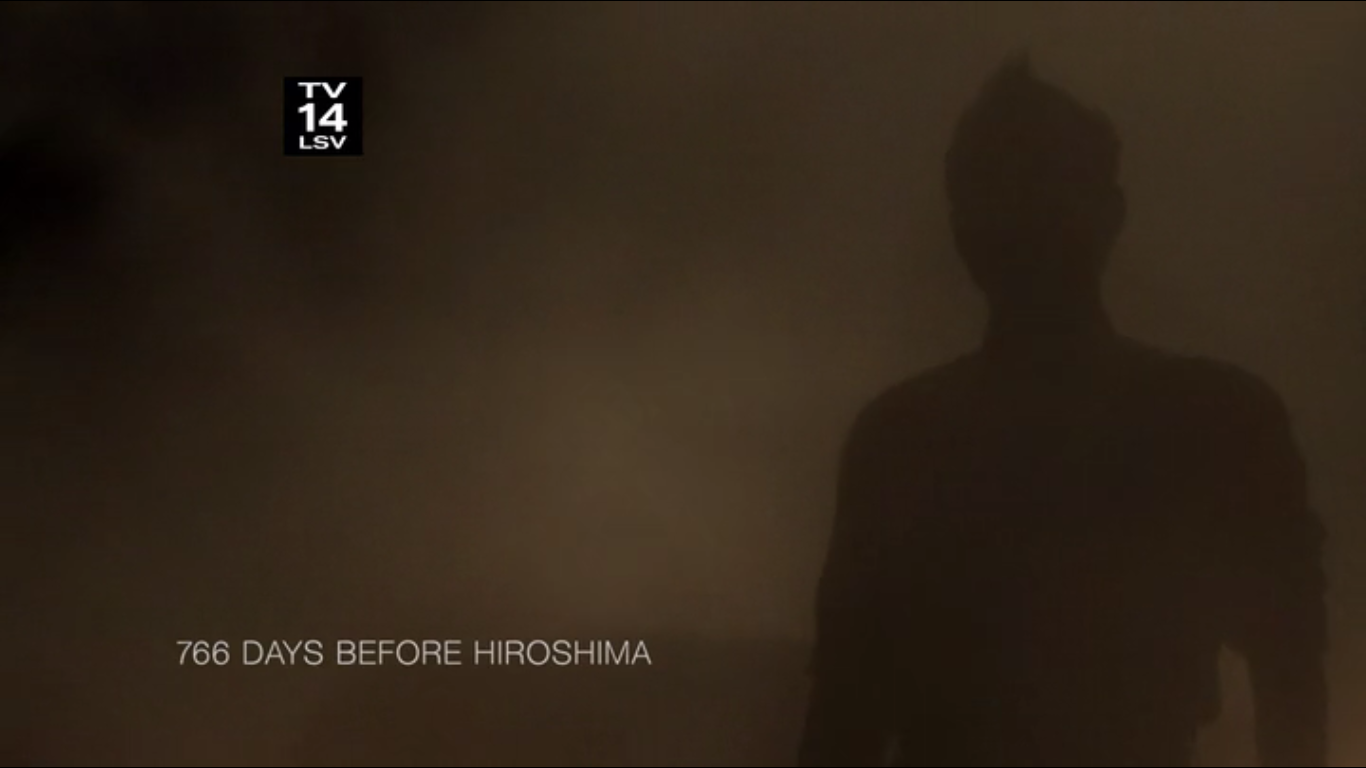 Here is the opening shot of Manhattan. It's terrific. The shot, that is. The episode is just OK.

What makes this shot such a good opening shot is that it is hyper-aware of context. This is a story with an ending we already know. There is no great mystery of what will happen when they build the bomb. Right in the first shot, we are told that in 766 days, the bomb goes off and we are shown what that will look like. This a story that ends in a cloud of death.

Unfortunately, the show is mostly downhill from this moment on. The characters are interesting. John Benjamin Hickey does a serviceable job playing Frank Winter, a man who is counting the days until the bomb is finished in American soldier's lives. A man who is terribly afraid of what could happen if another country built the bomb first. A man who is a believer in the bomb. But the characters are not given a whole lot to do.

This is a pilot with a lot of pieces, and none of them move much. It reminds me of the Game of Thrones pilot, in that everyone is given competing objectives and we are shown the obvious road blocks they're going to have to face. But, unlike the Game of Thrones pilot, this show does not begin with an ice-zombie cutting a dude's head off. I'm not saying that every pilot needs to begin with zombies, but I would like something to make me feel like all this exposition is going to lead to something exciting.

Now, what I do really like about this pilot is when it gets weird. Dream sequences, hallucinations, bizarre existential conversations, these make the episode interesting. But Thomas Schlamme, the director of the episode and tone setter for the show, is such a technician of a director, so literal in his approach, that the weirdness is always held in check.

It's hard to say where this show plans on taking us before its inevitable conclusion. Like many pilots, it's easy to see how it might fail. This could be the first episode of yet another cut-and-paste, wannabe prestige drama. But there's the seed of strange buried in this pilot, and if it grows, we might get something worth watching.