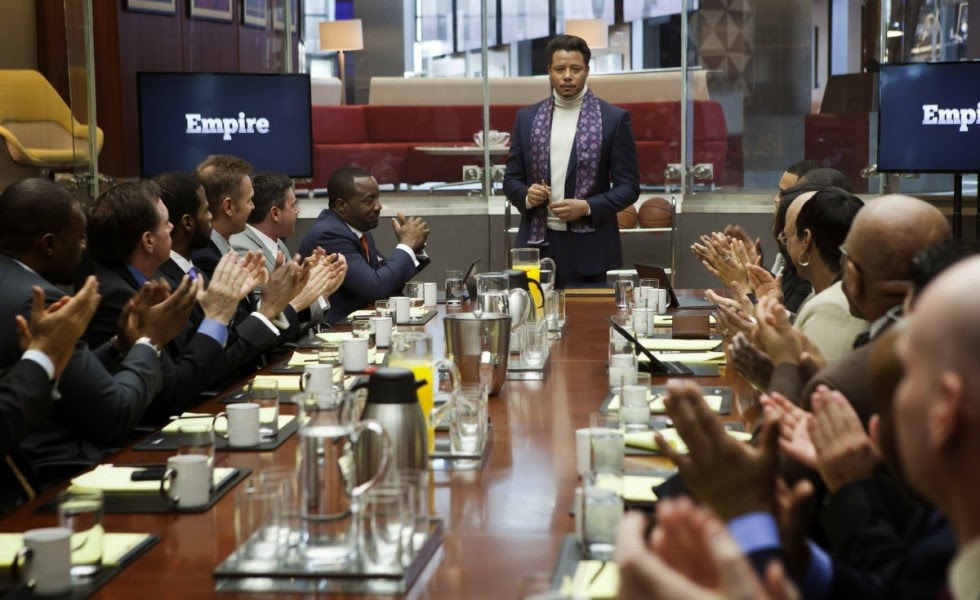 A word of advice: if you are going to remake King Lear, and set it in the world of hip hop, don't have one of your characters say, "What is this, King Lear?" It's not cute, it's lazy.

So, this is basically Dallas, but with hip hop instead of Country. And really bad hip hop, too. Every time someone plays a track and goes, "That's nice," I wonder if this is secretly a show about deaf people. But, to be fair, Timbaland isn't going to write his best stuff for a network drama. He's got Jay-Z on the other line. So, ignoring the horrible music this show made me listen too, I walk away a little mixed.

First, the good stuff: Taraj P. Henson. This woman is not messing around. She can chew the scenery and then, in a split second, become relaxed and comfortable. She sinks her teeth into the material, even if the material is paper thin. I love it that Henson makes the decision not to play her character like a madwoman, but like a woman who pretends to be mad. Being unpredictable gives her power, and she uses that power. More good stuff: addressing hip hop homophobia. This is a subject that deserves a little inspection and I appreciate the show for not pushing the gay artist into the background.

Now, the bad stuff: Terrence Howard. I like the guy, but this is a phoned-in performance. He delivers every line like he's asking a stranger for directions. He has been given a rich and complicated character who could be a villain or a tragic hero, depending on the performance, but Howard just plays him like a cameo. He is almost always framed in the middle of the scene, and he's like a black hole, so utterly devoid of all content that he destroys the scene around him. More bad stuff: the writing. Every scene was so transparent. Two characters arrive at a location, explain what they want, scheme an obvious plot and then move on. At a certain point, as long as I know who's in the scene, I know exactly what will happen.

One thing I can say for Empire's pilot is that it's clearly holding nothing back. Sometimes, pilots for epic soapy dramas can start a little piddling, but this isn't the case for Empire. There's lust, betrayal, and murder, all in the first episode. But this also demonstrates Empire's weakness. The show has shown its hand and there's not a whole lot to bet on.