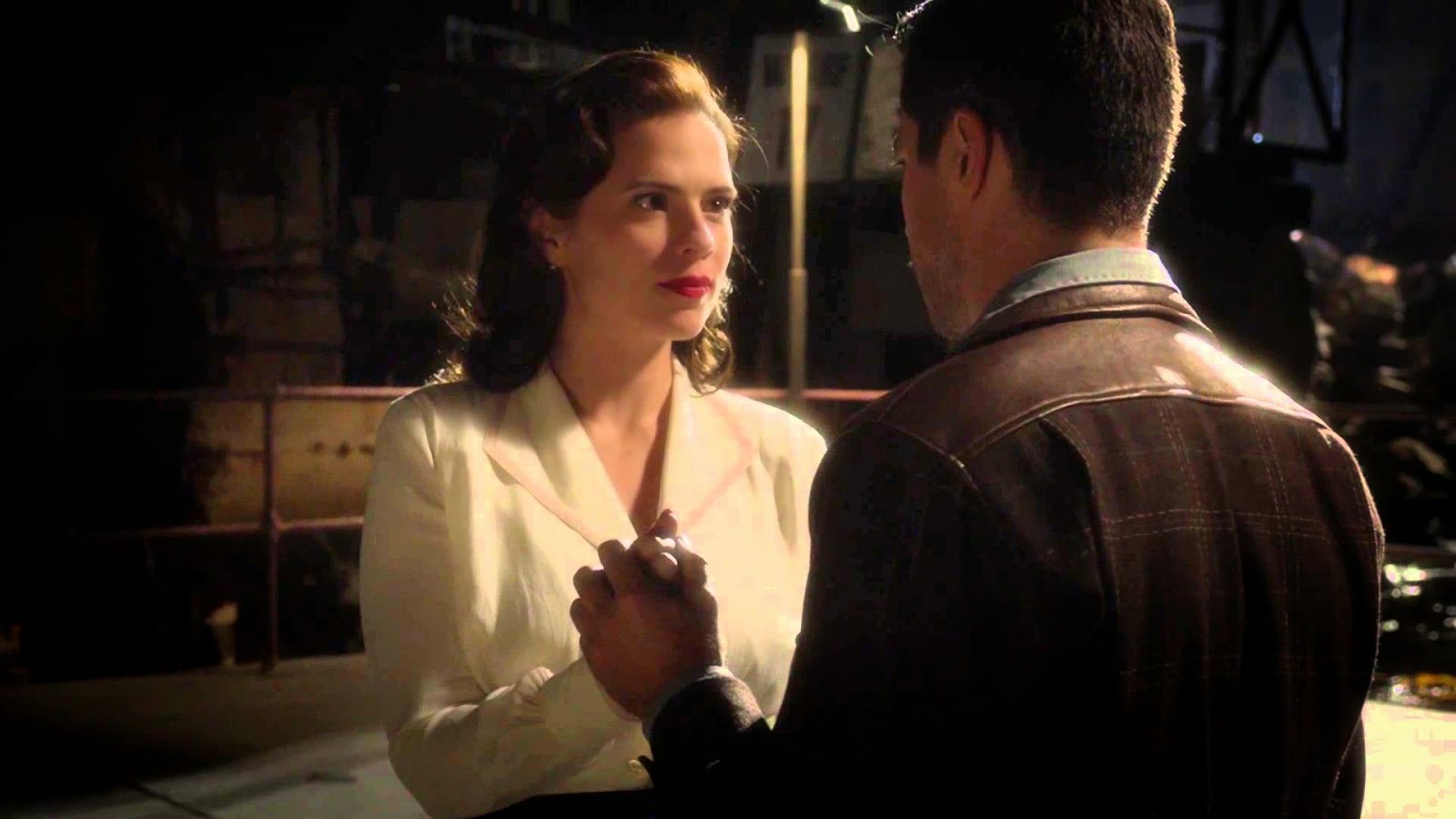 I think it's possible to appreciate the past without sliding into nostalgia. Every generation had a fresh new view of the world. I don't buy the whole "simpler times" bullshit. But I do think there were remarkable times. There is something charming in the birth of cinema, the first shaky steps we took into the visual medium, when everything was fresh and new and tying a damsel to a train track was down right inspired. This admiration for our storytelling roots is what gave us Raiders of the Lost Ark, every Wes Anderson film, and now, Agent Carter, the newest addition to Marvel's media blitzkrieg.

Agent Carter follows the thrilling adventures of Peggy Carter, who works for a mysterious government agency in post WWII America. The fact that she is Captain America's ex-girlfriend, or that this all somehow fits into the ever-expanding Marvel cinematic universe is thankfully pushed to the background. What matters here is the thrilling adventures.

The first episode features exploding orbs, lethal hitmen with removed vocal chords, shady deals at fancy balls, and sci-fi technology made from typewriters and old razors. Agent Carter grabs a big armful of old school pulp storytelling, slips in some modern ideas on gender, and drops it in your lap. It's a blast (sometimes literally) to watch. And it has at its core a woman with enough emotional depth to keep the whole thing grounded.

If I had to pick what I liked the most about this pilot (which I'm having a very hard time doing), it would have to be Hayley Atwell's performance as the titular character. She is magnetic. And she's been given a character that makes perfect use of her blinding confidence as an actor. Carter is tough and practical, but what stands out for me is that she has no tacked-on flaws. The writers have smartly avoided giving her a run-of-the-mill weakness. She's not an asshole. She's not a mess at home. She's polite and kind, never relenting an inch in a world that is not particularly fair to single women in the work place. And she should be perfect. This is Captain America's girlfriend!

I also have to point out how much I love this pilot's approach to sexism. If you're going to make a period TV show, it's hard not to address this unfortunate part of American culture, especially in late 1940s America, where men were re-entering the work force and displacing thousands of women. But there's a line you have to tow: you can't ignore how sexist America was, but at the same time, you've got to make a point beyond "sexism is bad." I sometimes get very bored with Mad Men after the nth scene showing me how much it sucked to be a woman in the 1960s. This show proposes a simple solution: instead of sexism being the point of the show, it is simply one more obstacle standing between Agent Carter and saving the world.