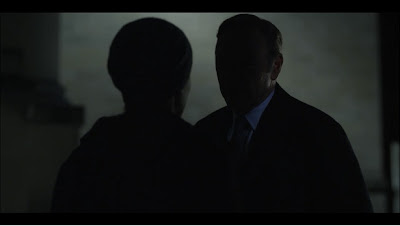 Poli – meaning many – tics – meaning bloodsucking organisms. It’s an old joke and despite all our “Hope” posters and “Grassroots Campaigns” it’s the fundamental opinion of the majority of this country. In a way, there was something distinctly revolutionary about The West Wing, making a point to show honest, bright-eyed people who really want the best for their country who aren’t motivated by greed and power. But at the same time it was the only way to make something like the American government palatable.


House of Cards is the anti-West Wing. It has no interest in making politics palatable. The show is about a powerful congressman (Kevin Spacey) who, betrayed by his political allies who have just taken over the White House, decides to abandon all loyalties. His goal is unmitigated power, for its own sake. Like the British show it was based on, (and its Shakespearean antecedent), it makes no attempt at framing the story in a world that actually exists. Instead it uses the image of politics that we hold in our minds as a fantastic framework to tell a timeless tale about power and hubris.

It would be unfair of me to review this pilot without mentioning Spacey’s performance, which may be the Great Divide of the critical world. I’ve always loved watching Spacey act, but he’s certainly not for everyone. It’s probably safe to say that if you don’t like Spacey cranked up to 11, you may have a tough time with this show.

Despite Spacey’s oppressive screen time, my hat goes off to Robin Wright who, in her decades of acting, has never impressed me this much. In a lot of ways, she’s the perfect foil for Spacey’s flamboyant, overly theatrical style. She demands your attention with silence and stillness. It’s almost hypnotizing.

For better or worse, this pilot is ruthlessly efficient. David Fincher is one of the most talented directors working today, and his ability to tear through mountains of context, subtext and style gives this scattershot story much needed momentum. Unfortunately, Beau Willamons’ writing is a little too direct and on the nose, leaving little room for nuance. The result is like a very tasty pie to the face.