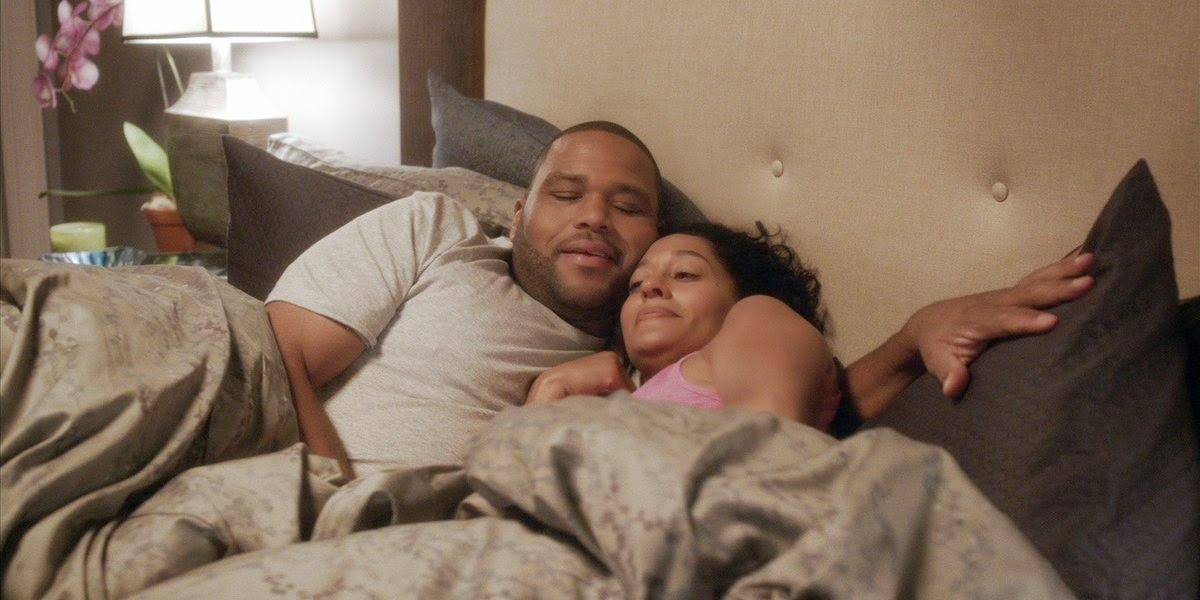 There is an interesting premise at the core of Black-ish. Can you maintain your lower class identity after becoming wealthy? It's an interesting idea and is explored a little in this pilot. Obviously, there are a lot more avenues for exploration that the show is saving for later, but the road signs are clear. One problem. It's not funny.

It's not even a little bit funny.

Sure there are jokes, but they are all given to Anthony Anderson, who has only one delivery, and it's grating and obnoxious. There is a whole lot of standing around discussing what it means to be black. And while many families do occasionally stand around and talk about their cultural heritage, they also, sometimes, talk about anything else, a fact this show forgets.

The show also suffers from a desire to explain everything to death. For example, early in the episode, Andre Johnson Jr. (Marcus Scribner) tells his father Andre Johnson Sr. (Anthony Anderson) that he is joining the field hockey team. This a is a great way of demonstrating how Andre Johnson Sr.'s cultural identity is being challenged. But instead of letting the moment speak for itself, Johnson Sr. starts whining about how his cultural heritage is being challenged. This remarkable lack of faith in the intelligence of the audience is what makes Black-ish such a boring half-hour of television, and such a waste of a good idea.