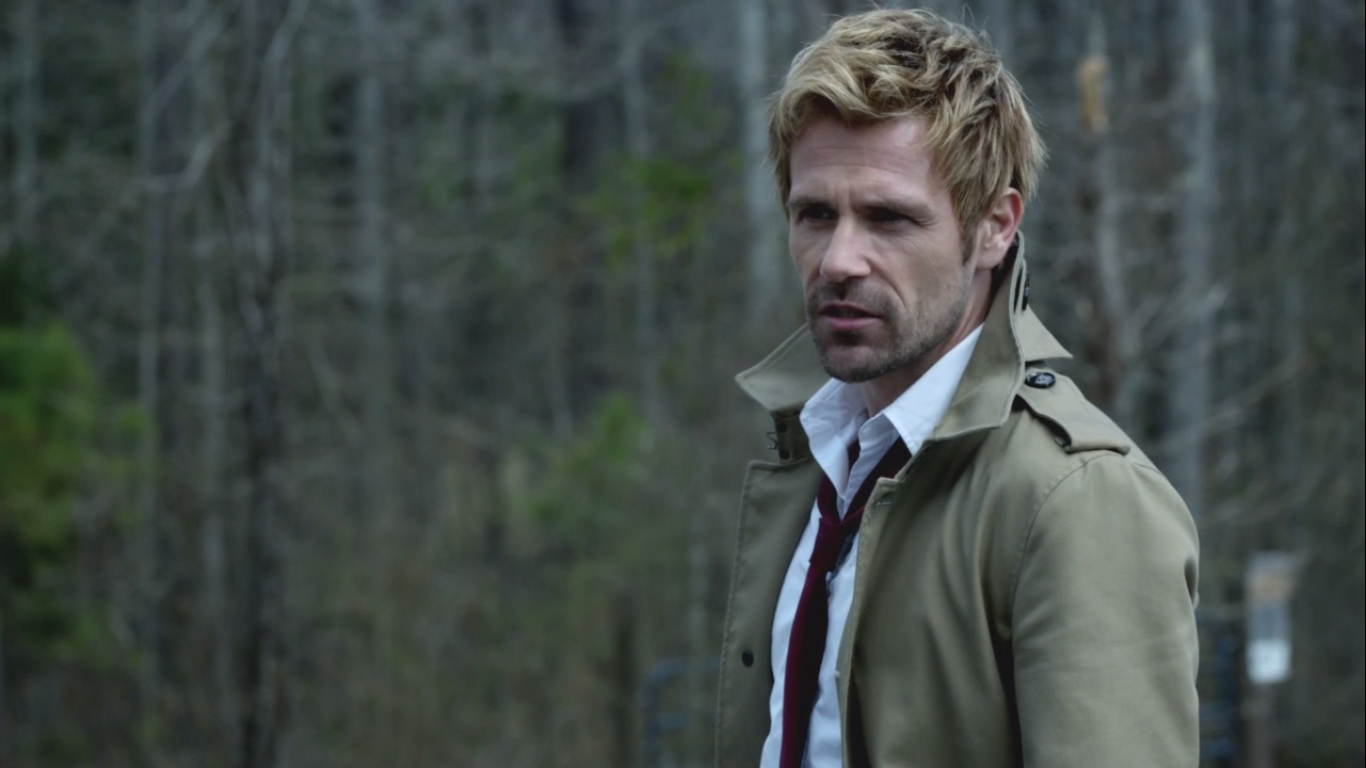 Sometimes bad is complicated and sometimes it is oh so simple. In this case, what makes Constantine bad is terrible acting. Every line was delivered in the absolute worst way possible

So, as I try to suss out the merits of this pilot, remember that anything I may have liked was buried under oppressively bad acting.

Constantine tells, once again, the story of a roguish exorcist/master of the dark arts, named John Constantine, as he combats the forces of evil. The story, originally a DC comic, got a big screen adaptation with Keanu Reeves and Shia Lebeouf that went predictably poorly. In this pilot, Constantine meets a young woman in peril who has the ability to see spirits. For reasons not terribly clear, a demon is hunting her, and Constantine has got to banish it somehow. Basically, it's an episode of Supernatural, replacing two hunky men with one unkempt Brit who looks like he's constantly squinting at the sun. Also, don't forget, everyone sucks at acting.

Besides the acting, Constantine is a mixed bag. This show has great production values (for network). It has some genuine scares, some terrific effects, and enough raw imagination to be equally as entertaining with the sound on mute. (In fact, I'd recommend it.) But the style is a little too clean. Everything the characters wear, no matter how messy, looks like a costume. Constantine's iconic, lazy look seems completely intentional, as if it took hours of hard work in front of a mirror to undo his tie to just the right length. Minor players seem anachronistically dressed for no good reason.


The writing is serviceable, but suffers from many classic pilot sins. The most egregious of which would be late in the second half where Constantine takes a moment from his demon hunting to talk at length about his back story to a complete stranger. I don't really understand why network pilots so frequently insist on doing this. It's not as if we finish the episode saying, "Well thank god I learned about his childhood. Otherwise, I would have been totally lost."

Constantine, as the comic has proved, has the potential for boundless imagination. Unlike Supernatural, the DC comic frequently pits John Constantine against forces from every pantheon, not just the Judeo-Christian one. Which means, there's hope for this show to become something other than a weak Supernatural knockoff with much better special effects. Then again, given David S. Goyer's track record, I'm not holding my breath.